Babble: A Creative Solution To The Lack Of Privacy In Cubicles

Home / Furniture / Babble: A Creative Solution To The Lack Of Privacy In Cubicles
Return to Previous Page

Babble: A Creative Solution To The Lack Of Privacy In Cubicles 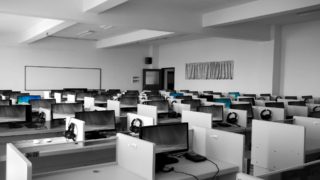 Walking into an open workspace is like walking into a sea of words. Pronouns and exclamations and sentence fragments roll around you and over you and some of them foam up right at your ears. Much of the sound settles into a background roar, until there is a sudden splash of words that sprays all over your consciousness. As poetic as that sounds, this can create a serious problem, or problems.

You don’t want to hear what the other guy has to say, and he doesn’t want you to know what he’s talking about.This is not a new problem in the office; it’s as old as the cubicle itself. But now there’s a new solution. It’s called Babble, by Herman Miller. It’s a small device, about the size of an alarm clock, and it works at the touch of a button, but there’s a lot going on inside. The device listens to your voice and then regurgitates it a few times over so that when you press the button it sounds like the babble of a small crowd, all with your voice. Anyone passing by, or in the next cubicle, will hear just the babble, and will not be able to pick out the true string of words you’re speaking.

If you’re covering your ears just thinking about the noise that will produce, I completely understand, but you can take them off now. Hillis and Farret, at Applied Minds, designed the device to mitigate privacy issues without creating noise issues. Hillis explains: The brain is designed to decipher meaning when encountering the human voice. In a room full of noise, it’s the search for meaning that demands attention, not the sound itself.  Babble, despite the fact that it reproduces the human voice, sounds like background noise, which can be as pleasant as the roaring of the waves.

You can listen to a sample here.